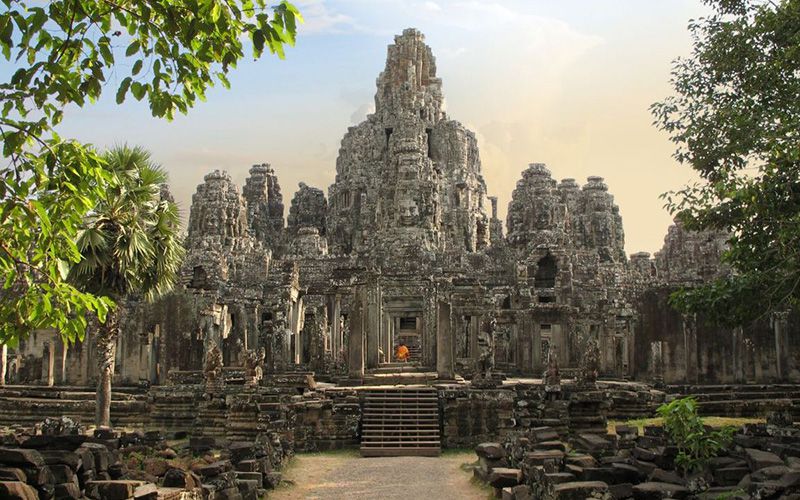 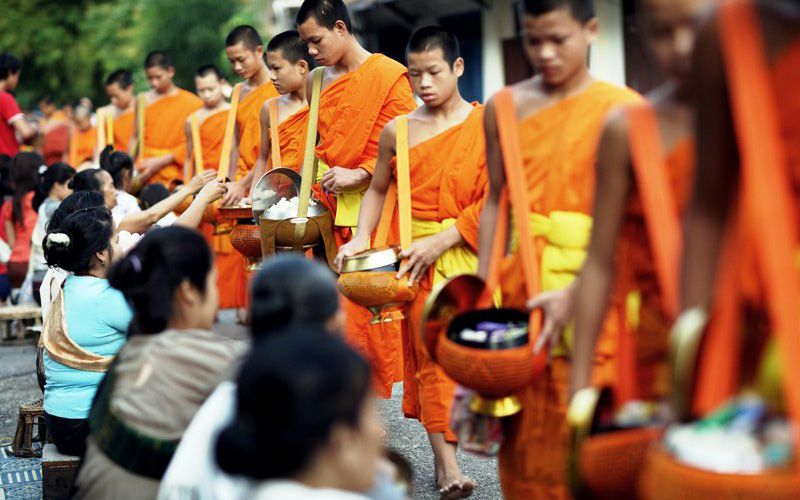 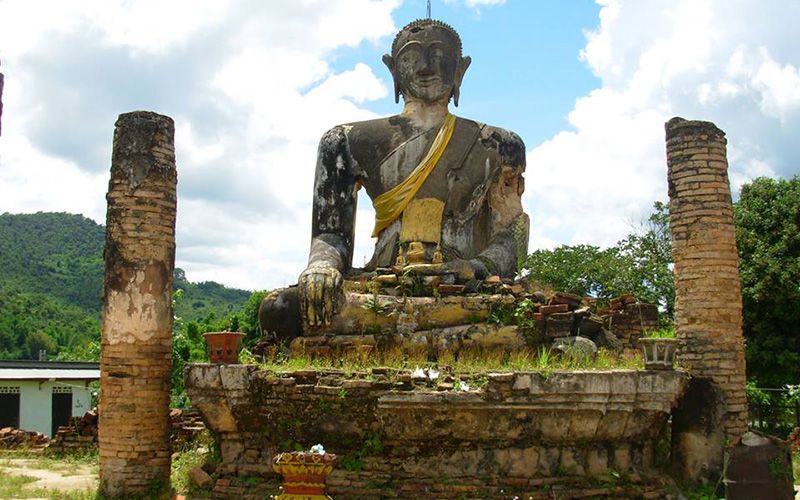 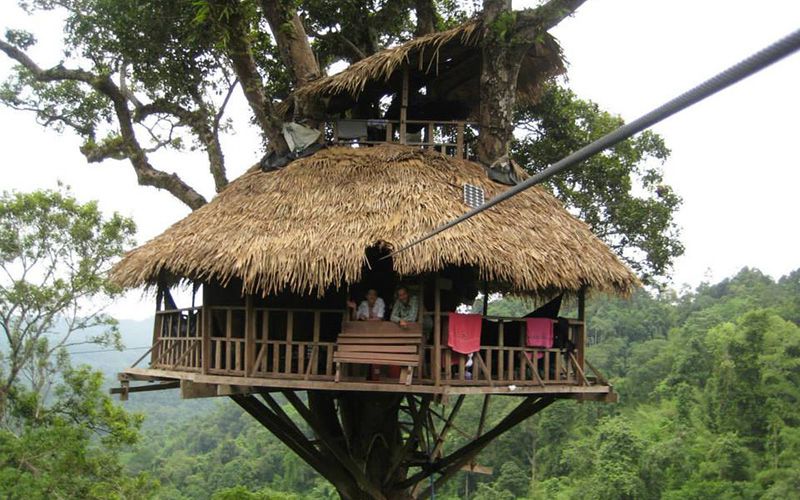 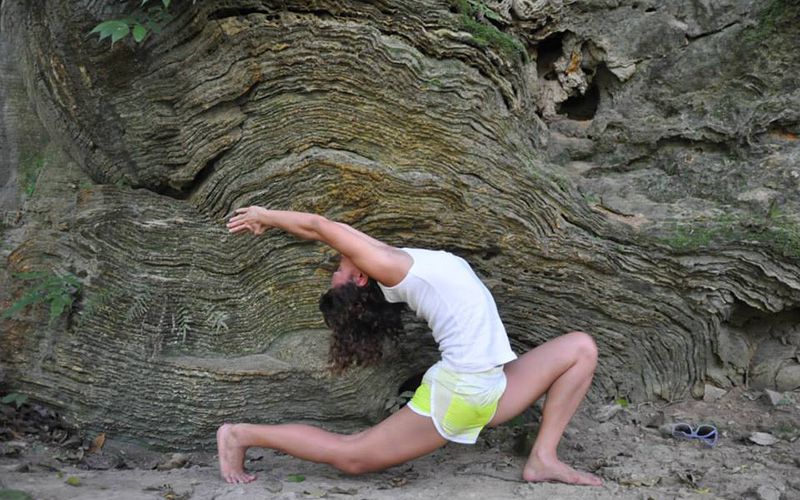 This Amazing Laos tour is a delightful fusion of three activities, river kayaking, a tour of the oldest city and a taste of adventure as we explore some lush green forests. You will really get a sense of the timeless, magical aura of the river as you spend time relaxing and taking in the natural surroundings. A trip to a few villages gives us a glimpse of Laos’s multicultural, hill tribe society. You will learn about their colourful culture and see how they not resisted any change in their traditional lives.

On arrival in the Laos capital of Vientiane, you will be met and transferred to your centrally located hotel. Vientiane is a charming and fascinating capital, with an interesting mix of Lao, Thai, Chinese, Vietnamese, French, and American influences. After a short rest, we start visiting the major sights of the capital; including Wat Sisaket, the oldest temple with thousands of miniature Buddha statues, and the former royal temple of Wat Prakeo, which previously housed the famous Emerald Buddha Image. Enroute to Lao’s national icon, the precious and sacred structure of That Luang Stupa, you will have the opportunity to take some pictures of the imposing Patuxay Monument, which is known as Vientiane’s own Arc de Triumph. The Mekong river side is the perfect place to end the day and admire the sunset. Overnight in Vientiane

Today, we transfer to the airport for the short flight to Luang Prabang, which is perhaps the best-preserved traditional city in Southeast Asia. After checking into your hotel, we visit the impressive stupa of Wat Visoun and the shrines of Wat Aham and Wat Mai, we then climb up to the top of Mount Phousi to explore the sacred, gilded stupa as well as have a beautiful view of the city and the Mekong River at sunset. From there, we explore the Night Market, where you can browse a lovely selection of handmade textiles made by the local people and hill tribes surrounding Luang Prabang. Overnight in Luang Prabang

An optional early start gives you the fantastic opportunity to participate in the daily morning rituals of saffron-clad monks collecting offerings of Alms (often in the form of sticky rice) from the faithful residents. This tradition is very unique in Laos, being the only Buddhist nation still preserving the ritual. After breakfast, we’ll visit the former Royal Palace, now a National Museum (closed Tuesdays) where you will find ornate, gilded and brocaded reception rooms, as well as artefacts including the Prabang, a large holy image, which was given in the 14th century by the Khmers to King Fa Ngum. We also have time to explore the Central Market, before we drive to visit the Hmong hill tribe at Ban Nam Ouay, and also Ban Ou, a village famous for its cotton production. We then spend the remainder of the day at the beautiful Khouangsi Waterfalls, where the water tumbles 60 meters over multi tiered limestone formations into a cool and clear pool, this makes a refreshing escape for when the heat becomes unbearable. Overnight in Luang Prabang

Heading out of the town, we take a cruise upstream on the Mekong River, which also gives us a beautiful view of the tranquil countryside as well as an interesting visit to the mysterious of Pak Ou Caves, two linked caves crammed with thousands of gold lacquered Buddha statues of various shapes and sizes left by pilgrims. Along the way, we stop at the village of Ban Xanghai, where they make local rice wine. We then continue our boat trip to the atmospheric riverside town of Pakbeng. The Mekong was once the only major transport route in the country, Pakbeng, being the halfway point on the Mekong River between Luang Prabang and HoueiSay, developed as an overnight stop for many traders travelling along the river. This scenic and authentic river cruise has been described as a once in a lifetime experience. We will reside in Pakbeng overnight

After breakfast, we will visit the local market where many hill tribe people converge from the outlying valleys and hillsides to sell their goods and buy provisions. Upon leaving Pakbeng, we re-embark on our boat for the second leg of our journey toward HoueiSay, which is close to the famous Golden Triangle. The cruise is long, but the unequalled, tranquil river scenery will make this an interesting day. Overnight in HoueiSay

The surrounding areas of HoueiSay are home to 34 ethnic minority groups, the second most ethnically diverse province in Laos. After an enjoyable visit to the Lu hill tribe people at Ban Namkeung, we take a short drive to the border gate for Chiang Khong, Thailand. The tour ends at the Lao-Thai border.End of services! 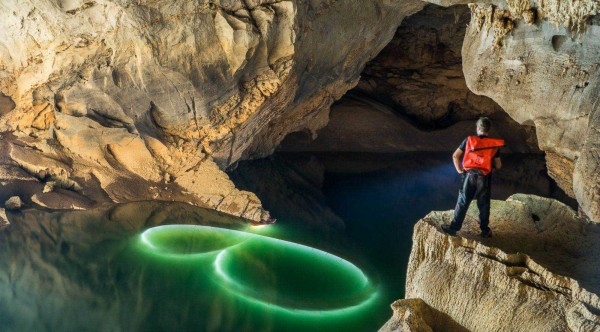 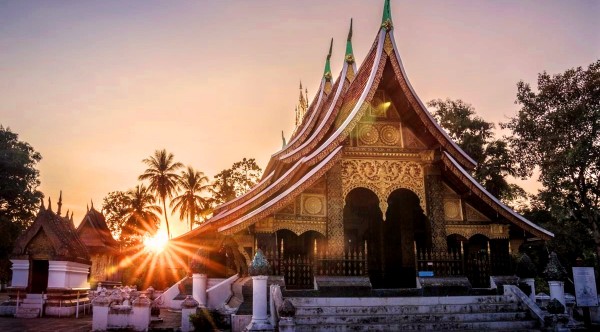 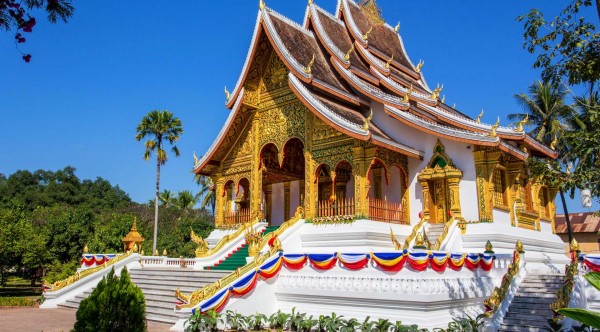 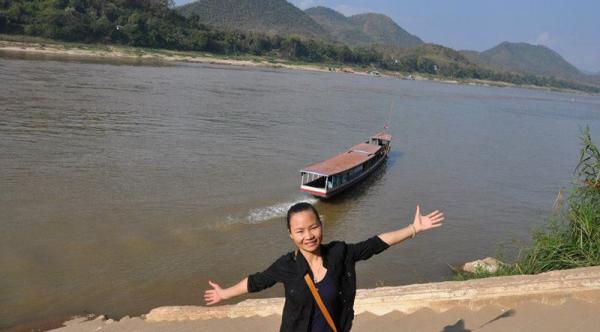 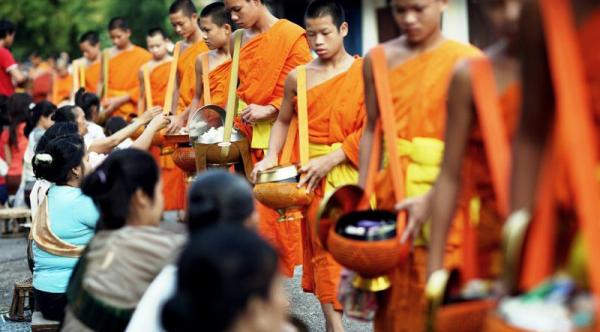